Adult development theory was first explored by Jane Loevinger and Jean Piaget, who proposed that development relates to the ability to organise knowledge, not simply to the amount of knowledge possessed. A child can possess a huge amount of knowledge, but is not able to apply that knowledge in the same way as an adult. The difference is not in what the child knows, but in how they know it (Kegan 1994). According to Kegan, development is not about the accumulation of knowledge and skills, but about the development of a higher level of complexity, with which to apply knowledge.
Jane Loevinger was the first to recognise that it is possible to develop beyond the conventional adult level, and that this could enable a more effective approach to the complex ways in which humans interact. William Torbert was the first to then apply this thinking to organisational change. He was followed by Susanne Cook-Greuter, whose new research showed the possibilities of higher development, as well as by Don Beck, Robert Kegan, Lisa Lahey and the philosopher Ken Wilbur who later inspired the work of Frederick Laloux.

Our current developmental stage determines the extent to which we are able to give meaning to the experiences we have. When we develop horizontally, we develop more skills and more knowledge, thereby increasing what we know. When we develop vertically, we develop more cognitive complexity and are able to act more consciously, thereby changing how we know. Someone experiencing a conflict with a colleague or costumer might only be able to understand the situation from their own perspective. They might assume that this is an objective, third person perspective of the problem and therefore conclude that the other party is to blame. A person with a higher level of complexity might be able to integrate different perspectives into their understanding of the situation, recognising that the events were interdependent and mutual, and not merely independent and detached from personal responsibility.

According to developmental theory, it is possible to develop in stages. We can refer to those in the first adult stage as dependent. Those in other stages are independent and interdependent. At a dependent stage we are unable to distinguish ourselves from our relationships. As an independent we have increased control over our relationships and are therefore able to handle a greater level of relational complexity. For example, independent individuals are aware that others may have different opinions that may clash with their own. Interdependent individuals are able to see the underlying relationships. They can not only disagree with others , but are also able to understand that their opinions are not unique to them, because they have been created in a social context and are therefore not without their own context. These individuals therefore focus more on integrating their own and other’s opinions into a greater whole, instead of simply trying to defend their opinions (Kegan 1982). If we are independent or, as Kegan calls it, are in the self-narrative stage, we narrate our own story or identity. We can differentiate between our story and the stories of others. This is not true of dependent individuals (Kegan 1994).

In the interdependent or, as Kegan’s refers to it, the self-transforming stage, we are able to transform ourselves beyond our own identity and personal narrative. The history of modernity has shown a shift from traditional (dependent) to modern (independent) ways of thinking, as shown by sociologists. This shift from traditional to modern self-constitution has corresponded with the shift from a social production of my-self, to a self-construction of my-self as an person of innate interest (Schmidt 1999). The late modern constitution of the self is, according to Giddens, a constant struggle to produce an attractive self-identity through a well spun self-narrative (Giddens 1991). In this framework, emotional intelligence could easily become hostage to the self-narrative as a dependent or independent individual might not realise that the purpose of emotional intelligence is to build an attractive self-identity and not simply to resonate with other people on a deeper level.
Problems in contemporary society suggest that there is a need for a different approach to self. From a developmental perspective, the solution is for more people to reach higher levels of development. At these higher stages (interdependent and beyond) people begin to be able to transcend their identity. In Kegan’s perspective, those at an interdependent stage are no longer subject to the object of identity. This means that they are no longer imprisoned by a struggle to construct their own identity.

In the opinion of Yuval Harari, emotions have become one of the greatest challenges of our time. In his three books – Sapiens, Homo Deus and 21 Lessons for the 21st Century – he explores the past, present and future of the human species, concluding that the challenges ahead are greater than anything we have encountered so far (Harari 2014, 2017, 2018). In his view, we are in no way prepared for what is to come. According to Harari, god or nature were the authority figures In traditional societies. Today, emotions have become authority figures. Individual feeling determine what is right, for there is no objective truth. One of the greatest sources of conflict within the modern international community is that people feel that their emotions have been violated. The result is that they feel entitled to ignore any critique that might make them feel bad. The risk of ignoring anything painful is that emotional maturity can only increase when we dare to confront what is painful.

The latest research on emotions has focused on the notion of affective realism. Affective realism is the moment when feelings become reality. Research shows that our feelings do become reality (Wormwood et. al. 2018), especially when it comes to our feelings about other people (Siegel et. al. 2018). Because our feelings change from moment to moment, our perception of the world changes from moment to moment. Affective realism exposes an inherent problem in the late modern authority of emotions. People’s fluctuating feelings of what might or might not be right cannot be used as an reliable measure of how to proceed in matters of real importance, e.g. when public officials have to decide whether or not to remove a child from the primary care of the family.

According to William Torbert, people at the highest stages of development, the so-called post-conventional stages (interdependent and beyond) know that their emotions are not infallible indications of reality but instead arise from specific situations and their relationship to those situations (Torbert 1972;7). This is precisely why vertical development is pivotal in the development of emotional intelligence. Without a level of complexity that matches that of the surrounding world, it doesn’t help to be in contact with one’s feelings, because emotions are about isolated impressions and not fixed areas in the brain. The latest research on emotions shows that they are produced by multiple systems in the brain working together to find the most suitable emotional state for the current situation (Kober et. al. 2008; Lindquist et. al. 2012; Oosterwijk et. al. 2015; Vytal et. al. 2010). Evolution has shaped these systems and networks to use 1) signs from the situation, 2) past experiences of similar situations and 3) the state of the body, in order to predict which emotional state has the greatest survival value.

When it comes to the authority of emotions, the discovery of mirror neurons (di Pellegrino et. al. 1992; Fadiga et. al. 1995) and the development of the theory of embodiet simulation further indicates the necessity of mature development in emotional intelligence. According to the embodiet simulation theory, we interpret the world in terms of our own inner states (Gallese & Sinigaglia 2011). In other words, we see what is outside through what is inside. We are therefore not able to see in others what we cannot see in ourselves. At the higher reaches of development, we are able to deconstruct the ego by recognising its destructive power (Cook-Greuter 2013). Emotional intelligence could easily be used as a way for the ego to coerce people to conform to our own ego-drive.

The empirical world outside the senses might be objectively decodable, but extensive research shows that we are not capable of this objective standpoint. Action researchers have proposed that the missing link is the combination of empirical inquiry with phenomenological experience (Torbert 1972). Our emotional experiences shape our perceptions of the outside world. In order to become more effective when dealing with the world around us, we need to integrate internal and external events at any given moment. The method is called action inquiry. This is a difficult skill, which requires an experienced level of in-action-awareness. Evidence show that this skill is necessary for organisational change on a transformational level, because without it, we often end up producing a distorted view of the world.

Action inquiry is the ability to put first-, second- and third-person inquiries into action at any given moment (Torbert 2001; Torbert & Taylor 2013). First-person inquiries are about oneself and one’s inner experience. Second-person inquiries refer to the ability to connect to other people through communicative inquiry skills. Third-person inquiries occur at a systemic level. The skill of the talented inquirer wishing to expand his or her level of cognitive complexity is to develop a constant flow between inner experience (1st person) and outer world observations (3rd Person), whilst at the same time being able to communicate about the inner world with the outer world (2nd person) by using complex communication skills. Amara collaborators made further developments in the three levels of inquiry by introducing the model of first-person inner learning, second-person application of healthy and mutual power and third-person systemic thinking. By using the action inquiry perspective, emotions in organisations are viewed very differently to the classical perspective, which stated that emotions arise from deep structures in the brain. In the AI perspective, emotions appear in the space between individual experience, interpersonal interaction and systemic context and must therefore be explored as a multidimensional (1st, 2nd & 3rd person) phenomenon, thereby demanding a high level of cognitive complexity. 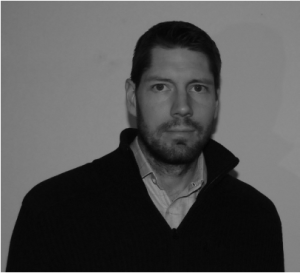 I am currently an assistant professor at University College South Denmark, working in
the fields of action research, organisational psychology and cognitive science. I have provided consulting for many major organisations and institutions. My background is in military and security services.